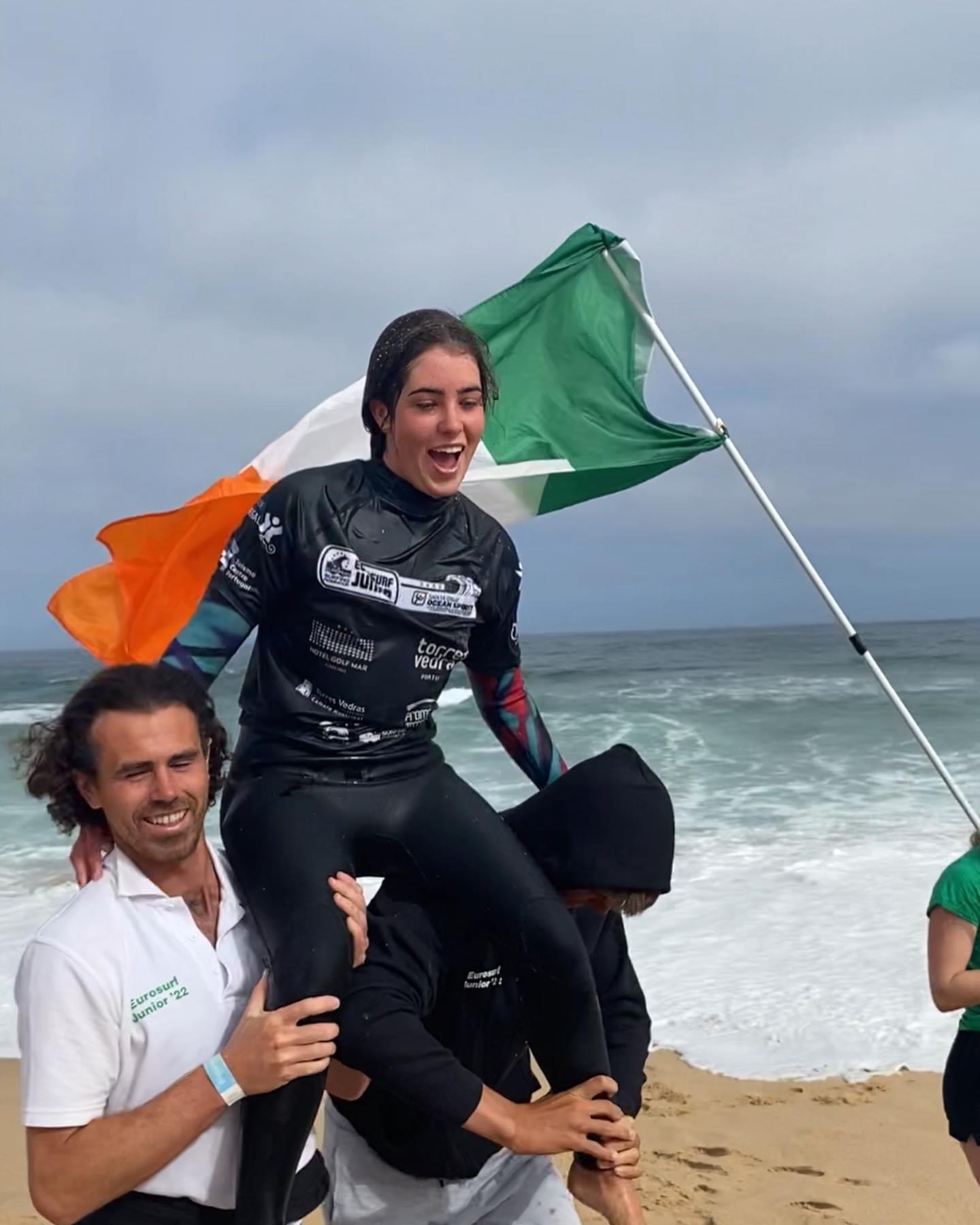 Ireland’s final competitor, representing Waterford and TBay Surf Club, Alex Fanning surfed in the U18 Girls Rep final on the last day of competition at Eurosurf Junior. Alex was challenging for a place in the Grand Final. A great performance saw Alex finish 3rd place in the Rep final just missing progression into the Grand Final but finishing 5th overall in Europe. .

In the U16 Boys, all flying the flag for Sligo and Donegal Bay Board Riders, Oscar Choo finished 22nd with Darragh Gilmartin and Tom Murphy tied for 25th.

Irish Surfing is especially grateful to the dedicated team of volunteers who took leave from work or gave up holiday time to travel with our junior surfers, inspiring and supporting them through the event. The team was led by Manager Ross Lee, Tbay Surf Club and Coaches Iarom Madden, Donegal Bay Board Riders, Ayesha Garvey and Maia Monaghan, Rossnowlagh Surf Club.

Gavin Mc Crea, Irish Surf Development Officer and Rossnowlagh Surf Club was part of the team of international judges who spent the week in the judging podium getting through 200 heats and over 70 hours of competition.

To everybody at home, surf clubs, school, shops and individuals who helped fundraiser and contributed to our team fundraiser; and to everybody who supported the team on the beach in Santa Cruz and online, thank you for your support.

Irish Surfing is funded by Sport Ireland, supporting us deliver grassroots development to grow and manage our sport.